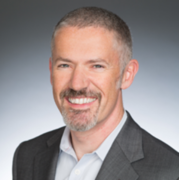 Mike Fitton is vice president and general manager in the Programmable Solutions Group (PSG) and general manager of the Network Business Division at Intel Corporation. He sets the strategic direction of this group as well as operationally managing the Network Business which includes wireless and wireline infrastructure within PSG which services customers both internal and external to Intel.  With over 25 years of experience in the telecommunications and semiconductor industries, Mike’s depth of technical, market and business acumen makes him a key part of Intel’s strategy to enable the key transitions that underpins the transformation of the Network.

Mike received his bachelor’s and doctoral degree in Electronics and Communications from the University of Bristol, UK; his PhD thesis related to the air interface selection for 3G UMTS Radio Access Network and was funded under a UK EPSRC Research Grant.  He was a post-doc researcher with the British Telecom Virtual Universities Research Initiative during the ETSI evaluation of candidate radio access schemes for UMTS.  He is the author/co-author of 45 patents across networking, semiconductors and machine learning; he has had papers published in excess of 20 international conference and journals.